Lawrence Heath, a retired Canadian attorney, and Queen's Counsel, has filed suit, in the Superior Court of Justice of Ontario, against Leon Frazer & Associates, Inc., the firm that provided wealth management services to the plaintiff. Several million dollars of Mr. Heath's investment capital is missing and unaccounted for, and the suit is an application, to the Court, to require the defendant corporation to turn over all the books and records relevant to his accounts at Leon Frazer, to the plaintiff, and for further relief, as the Court deems equitable and proper.

The exhibits to the suit detail multiple written requests, made by counsel for Heath, to the Leon Frazer firm, seeking access to his client records. According to the defendant's compliance officer,  Esida Selfo, there were more than a dozen boxes of records retrieved, but a subsequent compliance officer assigned to the matter, Alex Adeniyi*, later denied that there were any such documents, reportedly intentionally interfered with counsel's efforts to contact the original Leon Frazer compliance officer, and refused to render any significant cooperation further. A fair reading of the document production made by Leon Frazer indicates that it was incomplete, and non-responsive to the plaintiff's request for information. Whether the investigation of plaintiff's attorneys was deliberately obstructed is not known as this time. 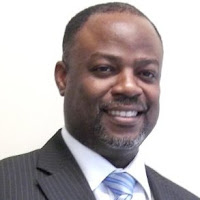 Leon Frazer & Associates, Inc. has a fiduciary duty to maintain client records, and produce them upon reasonable request, and the suit constitutes a demand that they be produced. A hearing has been scheduled for April 11, 2016, on the Application. William Tykaluk was the responsible financial adviser on the plaintiff's account, and the plaintiff has accused him of multiple torts, as well as criminal conduct, and the matter has been referred to the Ontario Securities Commission for investigation. 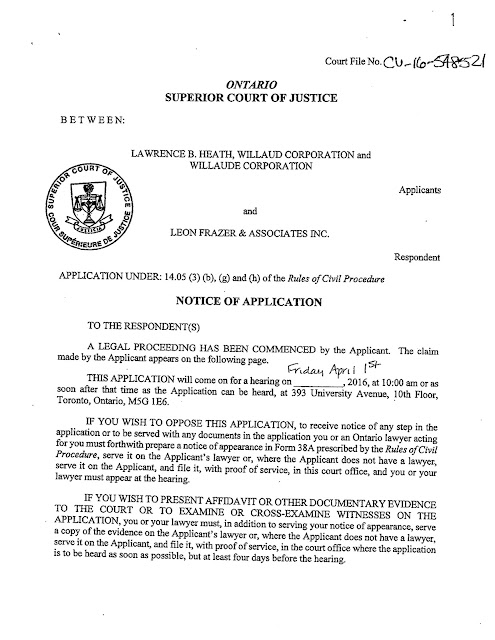 The plaintiff has previously alleged that he did not authorize the transfer of millions of dollars out of his Leon Frazer account, into a shell Cayman Islands company, B & C Capital, Ltd., controlled by the fugitive Canadian trader, Ryan Bateman, Tynkaluk and Cayman resident Sharon Lexa Lamb. Tykaluk, Bateman and Lamb allegedly forged documents, made material misstatements of fact to Heath, and having unlawfully taken control of the plaintiff's assets, and thereafter engaged in money laundering, to secrete their criminal proceeds in a number of offshore jurisdictions.