The announcement of snap elections in Antigua and Barbuda has exacerbated controversy over moves to abolish a centuries-old system of communal land ownership on Barbuda, which was devastated by Hurricane Irma.

Voters in the twin-island nation will head to the polls on 21 March, a year before general elections are constitutionally due.

The prime minister, Gaston Browne, says the government wants to provide stability for investors – and protect half a billion dollars’ worth of developments currently under construction in the tourism-dependent nation.

But critics say the government is trying to solidify plans for a “land grab”, amid fears that wealthy investors stand to benefit from Barbudans’ displacement. 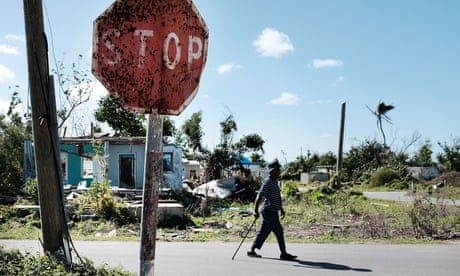 One of the most prominent projects is a $250m mega resort called Paradise Found, being built by movie star Robert De Niro and ** Australian billionaire * James Packer.

Browne announced the election date on 24 February – five days after the government lost a high court attempt to reject a case brought by two Barbudans protesting against legislation brought in to facilitate the 391-acre scheme in 2015.

Applicants Mackenzie Frank and Trevor Walker will now get the chance to legally challenge the legislation which they say sets a precedent for major developments to get the green light without the consensus of the people.

They claim the act is unconstitutional because all land on Barbuda is owned in common under a 19th-century practice, which was codified into law in 2007. Since emancipation from slavery in 1834, Barbudans have governed their land communally, without private ownership. Barbuda’s quirky system has long included public town hall-style meetings to gauge consensus.

But fury erupted when a separate law revoking communal land ownership – which islanders describe as their birthright – outright was introduced shortly after Hurricane Irma obliterated homes and infrastructure in September.

The bill was announced when a mandatory evacuation order – issued as a second hurricane barrelled towards the island – was in place, and most of Barbuda’s 1,800 shell-shocked residents were still living in shelters on Antigua.

The new law was signed by the governor-general – the representative of the head of state, Queen Elizabeth II – on 22 January after passing both chambers of parliament. Campaigners say that allowing the sale of land will destroy their unique way of life and have vowed to fight all the way to the privy council in London – the country’s final court of appeal.

Browne argues that Barbuda belongs to the nation as a whole and not Barbudans alone. He did not respond to requests for further comment but has previously said revenue from the sale of land is urgently needed to help rebuild the battered island.

The government says freehold titles will not be available to foreign investors who will continue to apply for leases, but the contention highlights deep-seated mistrust between many Barbudans and the national government.

Elections had been hinted at since late last year but the 24 February declaration of a poll in less than four weeks has sparked concern.

“The government is rushing to concretize its development plans,” said Walker, who is running for a seat as leader of the Barbuda People’s Movement.

“The prime minister knows if he gets re-elected he can do what he wants without elections hanging over his head in a year’s time.

“It’s unprecedented to have elections a year early unless something major has happened,” said Walker. “People are concerned and curious as to the motives.”

John Mussington, a secondary school principal, and campaigner against the reforms, said he believes the government is responding to pressure from investors.

“Calling the election early implies an amount of desperation,” he adds, “the government needs the money; rebuilding work has slowed to a crawl.”

The British QC Leslie Thomas, who represented Mussington and other protesters in an unsuccessful application for an injunction to slow the land reforms, described the high court ruling as “fantastic news”.

Campaigners are now set to restart their legal effort to have the new law quashed.

*   Mr. James Packer has a history of associating and/or conducting business with shady characters. Here are three of them noted from personal experience.

Contributed by The Guardian